Parkway Gardens is located on south side of Chicago, in the Woodlawn neighborhood. Parkway has undergone some drastic changes both internally and externally. Crime was always prevalent in the complex but not nearly as much as now. 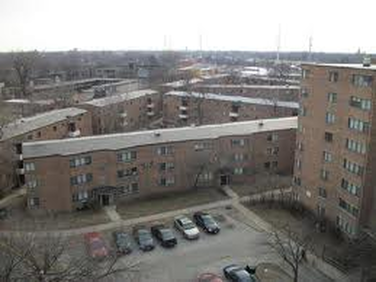 Crime on a Regular 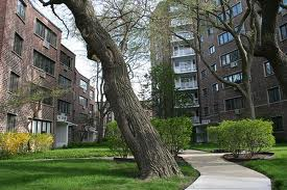 It is reported on everydayblockchicago.com that there is an act
of crime everyday or every other day within the complex. The violence acts
mostly relate to Criminal trespassing, Weapons violation, gang violence and countless other crimes. The fact that any of these crimes happen on a daily
bases is a clear indication that what ever is being done to stop the issue is not or never was working.

Lyderson, Kari, and Carlos J. Ortiz. "The Chicago Reporter." More Young People Are Killed in Chicago than Any Other American City. N.p., n.d. Web. 24 Jan. 2013. <http://www.chicagoreporter.com/news/2012/01/more-young-people-are-killed-chicago-any-other-american-city>.Chicago politicians and nonprofit organizations like Ceasefire work together to find ways to reduce violence with young African American males they have instituted programs in schools and in the streets of Chicago.

"Parkway Gardens Crime Reports." EveryBlock. N.p., n.d. Web. 17 Jan. 2013. <http://chicago.everyblock.com/locations/neighborhoods/parkway-gardens/?only=crime>.This website is like a tracking site that tracks shootings, murders, thefting and other crimes going on in the parkway gardens. It looks like it would be really helpful when trying to keep track as to what the most crime is that takes place in that neighborhood. And also to see how often it happens because it includes dates and times.